A few years ago, the National Security Agency discovered a potentially dangerous flaw in Microsoft's operating system. According to the Washington Post, the flaw could expose users to 'significant breaches, surveillance or disruption.' The software giants had no option but to backdate and fix the bug. When you do this (or release an update), you must ensure it falls into place seamlessly and doesn't affect your software's functionality. This QA process is known as regression testing.

What Is A Regression Test?

Regression testing is the process of confirming that an update or code change has not affected the software's existing functionality.

What Is Regression Testing Used For?

Regression testing is a necessary part of software testing. Software development teams need to carry out regression tests anytime there's an alteration to the app's existing code, be it an update, configuration change or bug repair. Below are some of the use cases for regression testing:

Regression testing helps ensure that a new feature works as it should and does not have unintended consequences on the app's performance.

This is arguably the most important use case for regression testing. The testing team verifies that the old functions in the app still work as they should and that the additional codes or code changes have not affected unrelated areas.

With regression testing, product teams can ensure their end-users enjoy top-notch functionality and performance while optimizing the app's features or user experience.

There are three major types of regression tests. They include:

Unit regression testing is carried out during the software's unit testing phase. The test ascertains that the update or new feature is without bugs by assessing its functionality while other dependencies have been blocked. If the update fails the unit regression test, there's hardly any need to proceed to the other testing types.

Partial regression testing verifies that integrating a new code with an existing module does not affect the module's functionality. The testers will determine that the modules that make up the software still function as desired, even with the modification.

Full or complete regression testing is carried out when there are multiple changes to an existing code or when the modification goes deep into the roots. It checks the system's performance as a whole after the modification and ensures there are no bugs that may compromise the software's integrity or performance.

Testers typically use four major techniques for regression testing. They include:

Retest all is the most comprehensive albeit time-consuming and resource-intensive regression testing technique. It involves re-executing all the tests in the suite or test bucket.

Unlike Retest all, Regression test selection selects a few test cases from the suite and checks whether the modification affects the software. The selected test cases can either be obsolete or reusable. Obsolete test cases cannot be used in succeeding cycles, while the reusable ones can still be used in subsequent regression cycles.

Test case prioritization involves selecting test cases based on their business impact, frequency of use, or how critical they are to user experience. The testers will select the components or test cases that are most important to the user and test them first.

The hybrid technique combines regression test selection and test case prioritization. The reusable test cases will be further grouped and re-executed based on their importance to user experience or functionality.

Below are common examples or use cases of regression testing:

Bug regression retests a bug that has been fixed to verify it's no longer present.

Old fix verifies that multiple bugs that have been fixed have had no negative impact on the software.

General functional regression testing ensures that an update or modification has not destabilized the software's existing functionality.

This is done when the software is migrated to a new platform. The testers will need to run a subset of the regression test suite to ensure that the migration has not affected the software's functionality or performance.

Configuration testing hopes to ascertain that a modification or update has not affected the software's compatibility. The test is usually executed together with a new application or on another version of the operating system.

Localization testing involves checking the behavior of your software for a specific culture or region. The most common example is presenting your UI in a different language and checking how the presentation affects user experience.

Smoke testing is a non-exhaustive set of tests that help the testing team verify that the most critical components of the software work as they should. If the software passes the smoke test, the team can proceed with further testing.

How To Perform A Regression Test

When executing a regression test, the specific steps you'll take will depend on the type of text and some other case-specific factors. Still, most tests tend to follow the same general procedure. The steps are highlighted below:

Selection of test cases is the first task testers have to attend to when carrying out regression testing. The test cases you'll select on the technique you're adopting, but the most commonly used modules include:

Regression testing is an extremely monotonous and time-consuming task. Having to do all that work manually could be a nightmare for your testers. Thus, it's vital to execute regression testing with an automated testing tool like PreFlight. Automated tools take the hard work out of regression testing and ensure you get consistent and reliable results.

Once you've built your regression testing suite, you'll need to decide when you want the test to run and how frequently. Often, testers automate the test to run when a bug is repaired, when there's a code change, when a new function is added, and when an existing functionality has been modified. Having an all-encompassing schedule ensures you detect bugs as soon as they pop up, making them easier to fix.

Integrate With The Builds

If your software boasts a high level of integration, executing unit regression testing or testing individual components may be challenging. In that case, it'll be more effective to integrate your test cases with the build to get a better idea of your software's overall performance.

Testers should have predetermined criteria for deciding whether the test case passed or failed the test. You'll need to resolve the cases that failed before integrating them with the build or rolling out the update.

As mentioned earlier, manual testing of web applications or software is time-consuming, and human error can easily influence the results. Thus, you're better off using an automation tool for software regression testing. However, with the numerous regression testing tools out there, deciding the best one for your software is never as easy as it sounds.

If you're currently facing this dilemma, you can rest assured you cannot do anything wrong by going with PreFlight. The platform boasts all the features you could ever desire in a regression test automation tool and much more. Below are some of the superior benefits of Preflight:

Preflight allows you to fully automate your regression testing without writing a line of code. The platform's drag and drop features allow you to do everything - from creating test scripts to scheduling your tests to integrating with your build and analyzing the results - without coding. With PreFlight, your engineers and developers can devote more time to building and maintaining your core products because anyone can handle testing.

Unlike most other tools that simply designate pass/fail on your test scripts, PreFlight tells you what went wrong and where. It also provides relevant information about previous tests, making it easier to track regressions, particularly in modules adjacent to the test case.

PreFlight integrates seamlessly with a wide range of CI/CD pipelines. This ensures you can make functional regression testing part of your build process. Furthermore, PreFlight is sophisticated enough to fuel intelligent pipelines and spur actions based on the test results.

Here are answers to some of the most common regression testing questions:

When Should Regression Testing Be Performed?

What Is The Difference Between Re-testing and Regression Testing?

Retesting seeks to verify that a bug has been fixed. So, if a particular test case gives you a 'fail' message and you think you've fixed the bug, you'll need to retest to be sure the message won't come up again. Regression testing, on the other hand, is the routine test you carry out to ensure that modifications or updates have not affected other parts of the application.

How Do You Automate Regression Testing?

The key to automating regression testing is finding the right tool to work with. Once you choose a robust and reliable automation tool like PreFlight, you only have to follow the general steps highlighted above, and you'll have your regression test running in no time.

Who Does Regression Testing?

The QA team is typically in charge of regression testing. Often, the team will have a dedicated tester who will set up and monitor the tests and possibly fix some of the errors. If you're using a no-code testing tool like PreFlight, the person in charge of the regression testing process doesn't have to be a developer or engineer. However, they may need to have a developer on hand to fix the bugs as they show up.

What Is An Example of Load Testing?

Load testing verifies the resilience of the infrastructure used for hosting your web application or software. It typically involves subjecting the program to a higher than usual number of users to check how it'll cope with the load or how it'll recover if it crashes.

Regression testing is not part of user acceptance testing. Regression testing typically starts during the development phase and continues whenever the software maintenance team updates or modifications. UAT, on the other hand, helps to gauge user experience and satisfaction just before the program is released.

Regression testing is an essential part of the software maintenance process. However, due to its monotonous and time-consuming nature, many teams would not mind skipping it or opting for the next available shortcut. An effective automation testing tool like PreFlight helps you take the hard work out of regression testing, thereby ensuring your modifications do not negatively impact the functionality or user experience. Visit our blog page for more such amazing articles on various important topics.

The unimaginable growth of technology is familiar to everyone. There is hardly any action you perform that has nothing to do with something related to the tech world. Starting from the mobile you use to the vehicles you travel in, everything has some direct or indirect dependency on technology. And,

Software Testing is the highly crucial final lap of the journey that had an amazing start from Software Development. Behind developing every tech product, the primary objective is to solve a truly important problem and build a sustainable, profit-making business from it. But, what if the product breaks or crashes 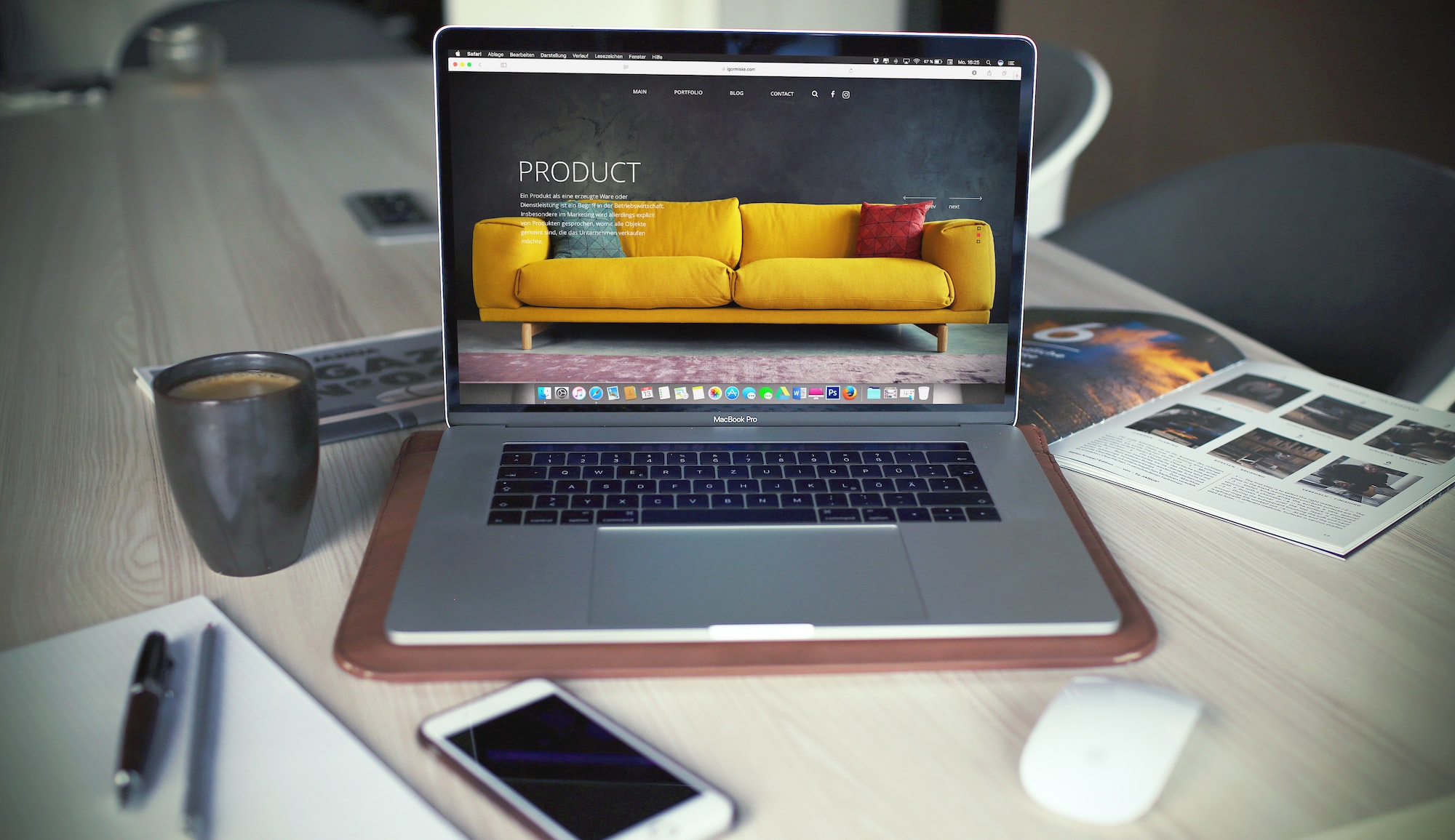 What Is No-Code?No-code is not just a type of development & testing technique. It is a movement to bring equality among all members of the product team and let all of them work collaboratively on the products. Conventionally, the developers have been working on the coding parts and developing